One of the main assets of the Valle Salado recovery project is, without doubt, the community of Añana salt workers.

For generations, they have built, looked after and lived for the salt works. Above all, they have proudly transmitted the "know-how" of their ancestors with a view to maintaining and preserving one of the most unusual salt-production landscapes in the world and to producing the best salt that can be found in any market.

In the early twelfth century, the Community of Knights Heirs of the Royal Salt Works of Añana was created. This governing body brought together all the owners, whether secular or religious, to organize and control all matters related to Valle Salado.

This ancient society of salt workers was governed for centuries by traditions and customs, until, as happened with the distribution of the brine, its statues had to be written down.

Due to the fact that, during the Middle Ages, over fifty religious institutions held properties in Valle Salado, the Community was headed by two deputies, one secular and one ecclesiastical, who were elected each year from among the heirs.

At the end of their term, if the deputies were not re-elected, two "veedores" (overseers) were appointed to check the accounts before their successors were elected. 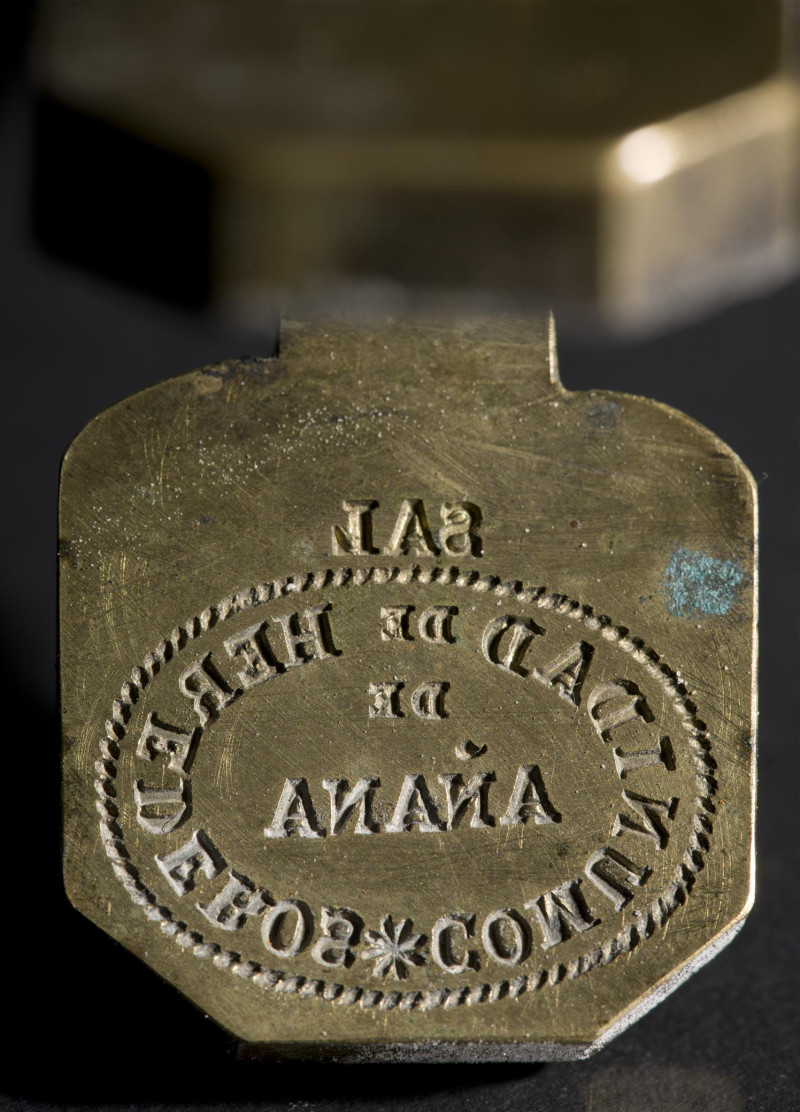 The functions of the Community of Knights Heirs have been recorded in their minute books. Their main functions were to look after and preserve all the spaces and infrastructure that were communal property - such as the springs, the brine distribution network, the roads and paths... - and organise any work required for the proper operation of the site.

The Community also had other functions

One of the difficulties the Public Administrations encountered in order to be able to support the recovery of Valle Salado in the late twentieth century was that the Community of Heirs, in spite of existing, no longer controlled the ownership of the salt works. The number of owners had increased over the years as many owners sold off their salt-pans due to the lack of profitability of the business.

The solution to this problem was achieved in 1998 and 1999, with the re-establishment of the Community of Knights into a corporation named Gatzagak, which means "salt farms" in Basque. This institution once again grouped all the owners of the farms. Therefore, it was possible to concentrate all their opinions and needs in one interlocutor, enabling the relevant public institutions to act.

The establishing of Gatzagak not only facilitated the process to intervene in the salt works; true to its corporate purpose, it has become one of the main drivers of the recovery of Valle Salado.

Another advantage from the creation of Gatzagak is that its charter regulates the internal transmissions of the salt farms. This was achieved by dividing the salt works into as many registered shares as salt pans existed, making their owners shareholders. They are now obliged to inform Gatzagak - which reserves the right of first refusal - of any sale or transfer of properties.

The Community of Heirs is fully and permanently committed to the Cultural Landscape of Valle Salado. With the creation of the Valle Salado de Añana Foundation in 2009, a wide-ranging change occurred in the ownership of the salt works. Gatzagak, which consisted of more than one hundred members, performed the greatest act of solidarity and respect for its heritage that can be made by ​​citizens. It donated the ownership of the salt-pans to the Valle Salado Foundation to enable it to take charge of recovering their sustainability.

The salt workers, who have become part of the Foundation's Board of Trustees, have preserved their rights over the salt water that flows from the springs. For the use of the brine, the Foundation pays them an annual fee of 70,000 euros. Further evidence of their commitment to the project is that half of that money is reinvested in cultural activities and in the enhancement of the surrounding area.

As can be seen, the Gatzagak salt workers' association is a key element in the future of the salt works as it intervenes in all decisions and actions performed by the Valle Salado de Añana Foundation.

The former Community of Knights Heirs has deposited its archive, consisting of thousands of documents, in the Archives of the Historical Territory of the Provincial Council of Álava (A.T.H.A.). A project promoted by this institution with the support of the salt workers has enabled us to digitise and analyse all these documents for their publication and consultation via the Internet. To view them, click on the link www.alava.eus/arabadok

Vintage images
We use cookies for statistics web usage. If you continue browsing we understand you accept this.
I REGRET   I ACCEPT COOKIES    Más información